DLH.Net has been around for 20 years now … or better yet, DLH.Net and its predecessors have. In 1994, a new trend in computer technology was becoming apparent, as PCs were beginning to attract the attention of gamers. Breakthrough technologies such as VGA graphics cards and the Pentium processor set new standards, leading to the appearance of more and more PC games that raised the bar for graphics and content, as well as for gameplay and complexity. PC games became a major industry, with many titles selling millions of copies. This also led to the birth of a new community of PC gamers in a world dominated by consoles.

At some point, every PC gamer had the same experience – that point in a game where you just couldn’t get any further. You couldn’t go back, either – all the doors were shut tight, and searching hours on end for some way to keep going didn’t get you anywhere. Back then, the Internet was still in its early days – a variety of e-mail networks, bulletin board systems, Usenet – and information about video games was pretty hard to come by. Most gamers had to rely on the “tips and tricks” section in various computer magazines and newsletters, but if they couldn’t find what they were looking for there, they were simply of luck. Those who were fortunate enough to have access to Usenet could exchange information there, but not everyone had an Internet connection in those days – mostly students, most of them Americans. Luckily some German PC gamers did have access to Usenet, and they used it to gather every text document they could find offering computer gaming tips and advice, which they collected into a small, free-to-use hypertext database. The most important ones listed some of the undocumented commands programmers built into games back then so they could get around their games more easily. These commands could give players infinite lives, infinite health, infinite ammo, the ability to walk through walls, the ability to levitate, etc. People soon started to refer to these features as “cheats,” and used them to get themselves out of all kinds of tough spots. DLH.Net got its name from these “dirty” tricks – “Dirty Little Helper.”

In order to make this collection available to others, the files were put up on one of the bulletin board systems (BBS) common at the time, the Bonn-based “Bärenbox”, which operated on the FidoNet system. DLH spread rapidly on FidoNet’s global network, and a few months later a programmer named Peter Lieven offered the following advice: “The content is great, but the database you’re using is garbage. I’m going to go ahead and write a proper program for it.” No sooner said than done. DLH emerged as a convenient program that was easy to use and easy to update. Updates, called “modules” came out on an almost weekly basis in the beginning, and could be downloaded on FidoNet. Later, they were also published by GameStar magazine.

With the rise of the World Wide Web and the development of popular web browsers, the Internet became more accessible than ever before. It soon saw the launch of DLH’s online version, DLH.Net. The website’s popularity exploded – it was not uncommon to have over one million visitors a month, which was especially hard to come by in those days. Word got out that PC gamers could find reliable information on DLH.Net that had been tested and verified, and get helpful tips in German and English for just about any PC game out there. Under the motto “By gamers, for gamers,” a large community developed, which is still very active today. But soon, with the number of topics to cover in the gaming world increasing at a rapid pace, combined with a growing number of reviews and previews for console games, it became apparent that DLH.Net needed a serious overhaul. And so, in November 2013, DLH.Net was re-launched in its current form.

The new concept brought with it five innovations in particular:

The goal of DLH.Net is the same as it ever was – to provide visitors to our website with all the gaming information and help they could hope to find. We also plan to develop DLH.Net even further in certain areas, such as video reviews and coverage of gaming news.
Latest Games
Borderlands 3 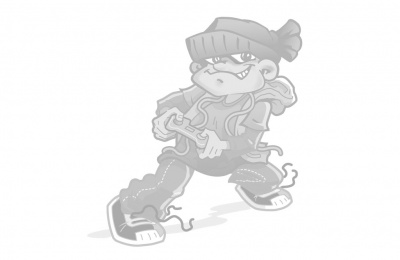